The Mesa ETP Vapor Bladder is designed for collecting and storing vapor emissions as part of a complete vapor recovery system located in a storage tank terminal or refinery. The system is used to capture emissions during tank truck loading. Emissions are stored in a vapor bladder tank until they can be used or delivered to a burner unit for processing. The vapor bladder serves as an accumulator/surge suppressor/storage unit. The Mesa ETP vapor bladders is installed as either a truncated cone or hemispherical configuration in a steel holding tank. A stabilizing weight is included to ensure the vapor bladder remains in a predictable position. Vapor bladders are constructed of proprietary MesaThane material containing a closely woven nylon fabric for high tensile strength. The material is maximized for chemical resistance, vapor transmission and extreme temperature applications.

Proven service life (under normal operating procedures) of over 10 years in applications including gasoline, MTBE, pure Benzene, Toluene and other products. 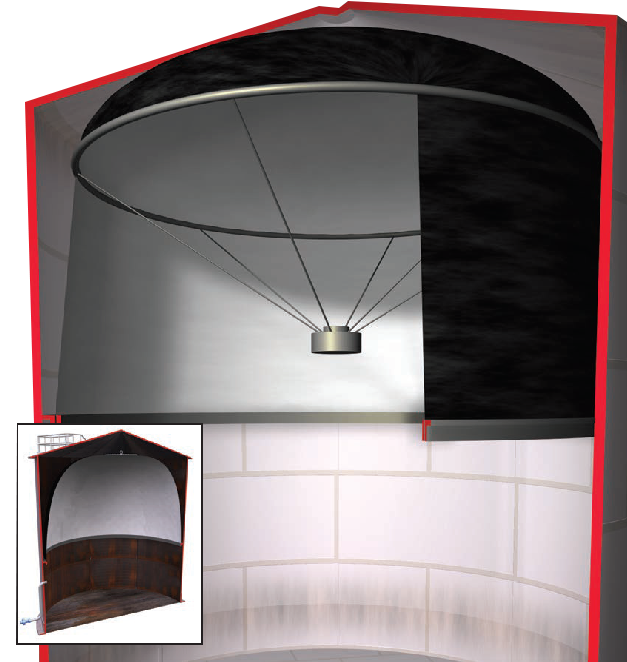 Mesa ETP Vapor Bladders are engineered for a precise fit in the holding tank using information from the customer data sheet.

Designed for collecting and storing vapor emissions as part of a complete vapor recovery system. Emissions are stored until they can be used or delivered to a burner unit for processing.

Talk to a Tank Expert 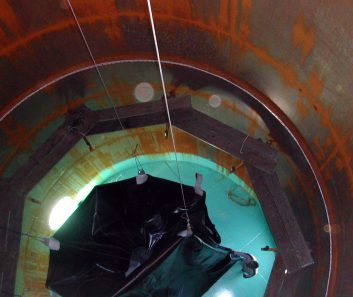 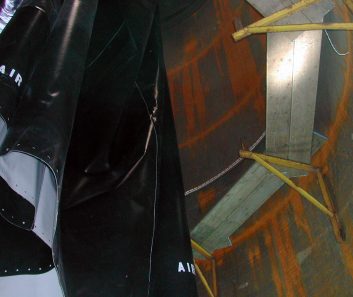 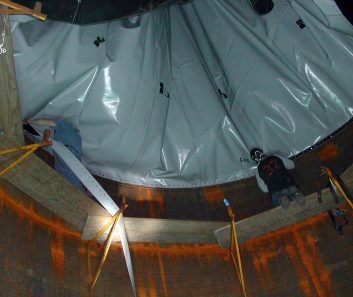 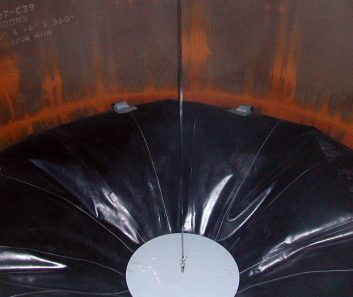 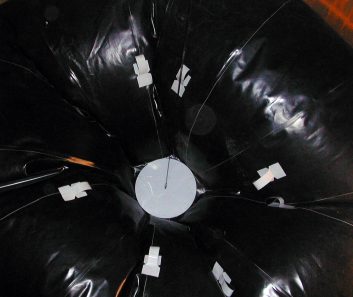 For more information regarding Mesa ETP products, fill out the form below and a tank expert will contact you.